The Bansuri flute may be seen in many sacred pictures of Lord Krishna and Saraswati, goddess of music.

The Bansuri with its pastoral association and the chosen instrument of Lord Krishna, is one of the oldest musical instruments of India: it is mentioned in the Vedas and is depicted in the Buddhist art of 2,000 years ago. One Sanskrit verse credits the Bansuri as the source of swarajnana - the knowledge of music.

Although the Bansuri is among the most ancient musical instruments of India, its status as a concert instrument for north Indian classical music is a relatively recent phenomenon. This favorite instrument of shepherds and folk musicians for thousands of years was brought into the fold of Hindustani classical music by the legendary maestro the late Pandit Pannalal Ghosh . Previously the bamboo flute of North India had been a soprano instrument usually no more than fourteen inches long and was used for short classical pieces, light music or accompaniment. Pannalal Ghosh's innovations in the development of the bansuri included the creation of a larger instrument of more than thirty inches in length, (thus giving the Bansuri its characteristic somber-yet-sweet tone and register, so suitable for Hindustani classical music), and the addition of the seventh finger hole (which extends the range of the instrument, while also allowing for the more accurate rendition of many ragas) and the development of the bass bansuri. Perhaps Pannalal Ghosh's greatest contribution however was his insightful adaptation of the classical vocal style and its presentation on the bansuri. A consummate artist who's virtuosity was equaled by the depth of his understanding, Pandit Pannalal Ghosh singlehandedly elevated the status of the bansuri to that of an instrument capable of expressing the sublime and wondrous nature of the classical vocal style.

I have many high quality bansuri flutes for sale most of which have been hand selected by myself from top craftsman in India. These include a selection of sizes & keys. Please contact me for more information. DESCRIPTION CLICK HERE TO BOOK YOUR TICKET  https://www.eventbrite.com.au/e/indian-vocal-workshop-focus-vinod-prasanna-tickets-43972639348 A guide through sound and the voice with world class Indian classical musician, Vinod Prasanna. The theme of this workshop is FOCUS. How this ancient yet ever-evolving practice can help find more than your voice, a deep connection and peace that you can create by yourself. Suitable for any one - newcomers to music, to the advanced. Just Passion and Attentiveness being perquisites. This 2 hr workshop will be held in the right-hand mezzanine perched above a magnificent sound chamber of The Good Shepherd Chapel in Abbotsford. We will be covering the idea of Raags, learning a composition and improvising in Yaman, an introduction to Taal/ Rhythms in Indian music, and Tihais. We will commence the session with a short meditation and an Alaap by Vinod on Bansuri to get us all into the one space. -- '...we learn by
Read more 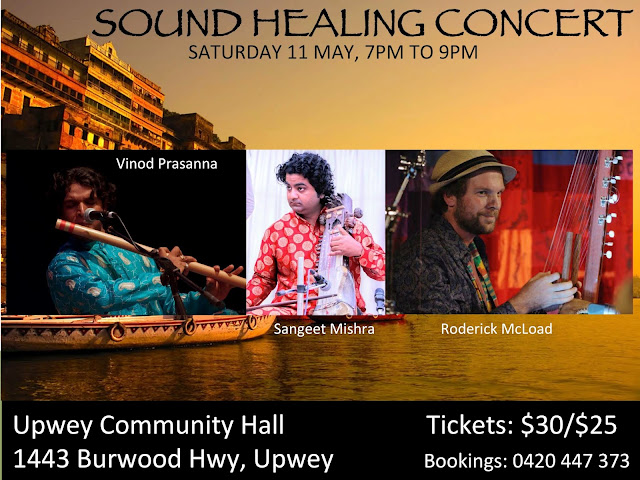 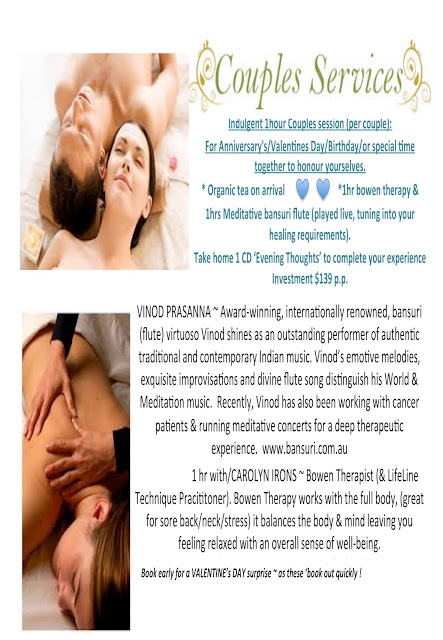